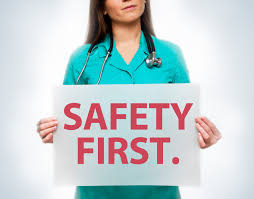 The Department of Health recently published a consultation – “Providing a Safe Space in Healthcare Safety Investigations”.  Any attempt to improve patient safety, and to learn from past mistakes has to be welcome, and so I began reading the consultation with optimism.  However, it seems that this progressive proposal may bring with it corresponding restrictions that make it harder for patients to find out what happened when things have gone wrong.

The consultation takes its lead from the model used by the Air Accident Investigation Branch, in which investigators work within a system that offers a “safe space” to staff when they speak about untoward incidents or practices.  The broad idea is that people will be more open about what could be done better if they know that their comments will not be shared with others, and will not reappear, for example, in legal claims or disciplinary proceedings.

The consultation goes on to ask whether that model can be applied to the NHS.  The first important point, which it does not mention, is that the airline industry is made up of commercial organisations, and although large, serves a relatively limited number of people.  Also, if something goes wrong with an aircraft there is a good chance that it will have fatal consequences for all those that are using the aircraft.

The NHS is very different.  First, it is not a business.  It belongs to the public, and most of us use it.  It is a huge organisation, and when things go wrong the outcomes can range from inconvenience and financial waste, to catastrophic injury and unnecessary deaths.  To a certain extent the airline industry is also a “discretionary spend”, and most of us use it very little, some not at all.  Not so with the NHS, which is very closely linked with our most basic human rights.

The consultation aims to create a strong wall around certain health service investigations in order to provide a measure of psychological safety to those involved in the investigation, and to allow them to speak freely.  The idea is that this will enable lessons to be learned, drive improvement and ultimately save lives.

Reference is made to patients and their families, but fairly briefly, and the assumption is that they will welcome the proposal as being an improvement on the current inadequate and inconsistent complaints processes.

The consultation does not really give a clear answer on how the lessons learned will be shared, publicised, and made available to patients.  As a clinical negligence solicitor, who brings claims on behalf of injured patients and their families, I am naturally very concerned about this.

In particular, I am alarmed by the suggestion that data gathered by the proposed Health Services investigation Board (HSIB), should be subject to statutory protections with no disclosure to patients and their families unless they are successful in obtaining a High Court order (presumably at their own expense).

The circumstances in which such an order might be given are not clear, but the proposal appears to be that except in cases of intentional wrong doing, gross negligence, or other concerns that constitute an immediate danger to present or future patients, the findings of the HSIB should not be published.  The negligence claims that I deal with on behalf of my clients would be excluded and they will not have the right to see evidence gathered by the HSIB when investigating the very incident that led to the injury.

I will put that in plain terms.  You or a loved one goes into hospital and something goes very wrong.  Perhaps there is a serious injury, or even a death that should not have happened.  There might be financial consequences because the main breadwinner for the family is no longer able to work.  You start making enquiries, and you are relieved to find that the Government has set up the HSIB to investigate incidents just such as this.  They even contact you, so that you can speak to them about what happened.  However, after that you discover that they are not going to share their findings with you.  To make things even worse, when you go and see a solicitor you are told that if you want to obtain the findings you will have to issue proceedings in the High Court, at your own expense, and take a chance on obtaining a court order.  It is very likely you will also have to pay the legal expenses for the HSIB.    If at the same time you are contemplating bringing a claim for compensation, you will be dismayed to learn that it will have to be conducted entirely separately and that the findings of the HSIB investigation will in effect be kept secret.

We should also bear in mind that the courts are mostly paid for by the public purse, and surely it will save time and money for judges to be able to take account of HSIB evidence?

It is also difficult to see how the concept of “safe spaces” will coexist alongside the Statutory Duty of Candour.  This is the recently introduced law which means that health service providers have a duty to inform patients when there has been an untoward incident.  The consultation mentions the Statutory Duty of Candour, but there is an obvious tension between a statutory duty that requires openness, and a healthcare safety investigation system that has a large element of secrecy.

I only act for patients and their families, so I seldom find out about what the claims mean to the medical staff involved.  However, I have no doubt that most people who go into medicine do so because they want to help people, and that if things go wrong in patient care, it must be devastating.  I also know that in the NHS morale can be very low, and that as shown in the Mid-Staffs enquiry it is very important to foster an environment in which mistakes can be reported without fear of blame.  Therefore, it really is a very good thing that the Department of Health is trying to improve the way in which healthcare safety investigations are conducted.  This can only be for the good.

However, the limited civil legal rights enjoyed by patients and their families are not the problem. Even under the present system it is very difficult to bring a legal claim, and pending “reforms” to the legal system are likely to make it even more difficult.

When there is a breach of healthcare safety, it is the patient who suffers the most.  Therefore I think that the needs of the patient should be put above those of the medical staff involved.  It is also worth remembering that there should in a sense be only one version of the truth.  Surely it makes sense to approach that consistently, openly and at the very earliest opportunity?

At present, if something goes wrong a patient should be notified under the Statutory Duty of Candour.  He or she will then have the option of making a formal complaint, which might result in a Serious Untoward Incident Report.  They also have the right to bring a claim for compensation in the civil courts, or to report medical staff to the GMC and any other appropriate regulatory bodies.  Although these avenues lead to different legal tests and conclusions, they all start with the same basic facts.  They also start with the same practical difficulty of staff commenting upon what happened whilst events are fresh in their minds, and this demands the allocation of time and resources for already overworked hospitals and staff.

Therefore, to introduce yet another type of investigation which somehow sits alongside the present arrangements seems to be an unnecessary duplication of effort.

Alternatively, if the aim of the consultation is to address broad themes in healthcare, as with the “Confidential Inquiry into Maternal Deaths” then there might be an argument for having a system that sits outside of the present arrangements, and which builds in a degree of anonymity, not least for data protection reasons.

The consultation talks about building “strong walls” to facilitate a place of safety for those involved in the investigation.  Very good, but the problem is that strong walls also keep people out, and to stretch the metaphor, the proposal will allow the patients to come in to have their say, but they will then be very firmly excluded and locked outside of the strong walls.  Can that be right in an organisation that should put patients at its centre?

It has been said that in a non-coercive society, concealment is one of the means by which governments exercise undue power, and I am afraid that there is a hint of that here.  The NHS is a public service paid for from the public purse.  It is right and proper for the Government to consult on ways of improving investigations, but why should that be at the expense of the individual patients that are served by the NHS?  If the purpose of the investigation is to discover the truth, what possible justification can there be for not sharing that truth with those affected by it?

Three cases that I have been involved with demonstrate the point very well.  The first two were male urology cases, which involved failure to diagnose prostate cancer and testicular cancer.  In both cases the tests for cancer were carried out, and the results made available in good time.  Unfortunately, they were not followed up, and by the time that my clients were informed about their cancers it was too late to prevent their early deaths.  In both examples, in order to get redress, and to find out what happened, they had to instruct me as their solicitor, and I brought compensation claims.  There were legal proceedings with denials of liability, but eventually the NHS admitted its mistakes, and agreed to pay compensation.  I have no idea if any lessons were learned from this.

If the proposals in the consultation are introduced, there might be a greater opportunity to learn lessons, but my clients and their families will be no better off, when it comes to bringing their legal claims, because we will not be able to get access to the information in the investigation.

The third claim involves a young girl who was profoundly brain damaged due to mis-prescription when she was being looked after in a neonatal unit.  Her mother complained to the Trust, but the internal investigation found no evidence of any mistakes.  She then took her complaint to the Health Service Ombudsman, who was severely critical of the internal investigation. At that point my firm were instructed to commence legal proceedings, and we subsequently obtained an admission of liability, and substantial interim damages.

Again a Health Services Investigation Board which shares its findings with families would be helpful.  But if it doesn’t, people like my client’s mother will remain in the dark, and have to take their chances with time consuming complaints procedures.  Moreover, legitimate legal claims will be offered no cooperation or assistance.

The Department of Health is to be commended for attempting to address some of the difficulties within the culture of the NHS.  I just hope that it will remember that in the final analysis the truth is only of real value if it is acknowledged, and open to all.  Anything else is open to abuse and will do nothing to help the already beleaguered public confidence in the NHS. 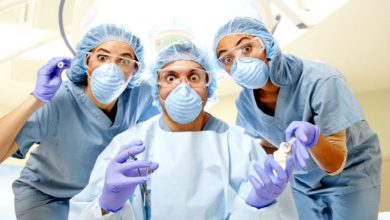 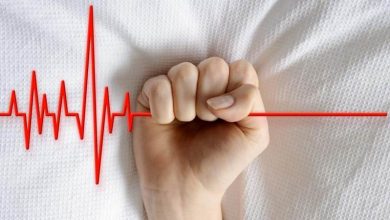 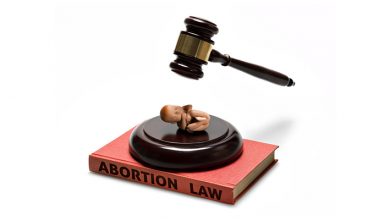 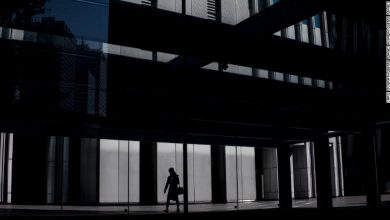